The Legacy of Film Noir: Part 1

What is Film Noir?

All the more seductive for its elusive nature, most scholars and critics continue to battle out their definitions as to what constitutes film noir. Essentially film noir is a cinematic term, first coined by French film critics, to describe the emerging trend of black and white American crime and detective films that first evolved in the 1940s and made their way onto French cinema screens in the years following World War Two. Whatever its scholarly definition, at Colebrooke Row we're huge fans of film noir, especially early classics such as Fritz Lang's Scarlet Street, a black, moody thriller about a mild-mannered painter's unpunished and unsuspected murder of an amoral femme fatale. And the nightmarishly-dark, rapid-paced D.O.A, from cinematographer-director Rudolph Mate. Who couldn't fall in love with a movie that opens with the eerie line "I want to report a murder - mine?"

Although infinitely stylish and enormously watchable in themselves, classic noir films are so compelling because they cleverly explored the European post-war sentiment of disquiet, pessimism and misgiving and combined it with the USA’s penchant for ‘hard-boiled’ crime fiction which celebrated the likes of Raymond Chandler, Dashiell Hammett, James M. Cain and John Huston.


With this balance in place, film noir carefully scales the terrain of fear, mistrust and bleakness and allows it to collide with moral ambiguity and sexual motivation.  Protagonists were often anti-heroes: the down-and-outs, conflicted detectives or private eyes, cops, gangsters, government agents, killers, crooks and politicians all of whom were absorbed in a gloomy underworld of corruption. In particular, the male figures of film noir were cynical and brooding, struggling to survive - and in the end, ultimately losing. For a period fraught with tension and insecurity, this bleak offering very much reflected the true feeling of the time and the jaded perspectives of such characters ultimately conveyed post-war society’s sense of injustice and moral conflict. Perhaps this is why there is rarely an optimistic or happy ending to a film noir, and this served as a refreshing alternative to the optimism of musicals and comedies that Hollywood were churning out at the time.

With the argument around solidly defining film noir as a genre still prevalent, film noir can be more accurately described as a visual style or ‘look’ with low-key lighting and unbalanced compositions underpinning its output. In this sense, film noir is a mood, style, point-of-view, or tone of a film. Whatever it is – it’s instantly recognisable and that’s what makes it classic.

The roots of this style are in German expressionism - an artistic movement of the 1910s and 1920s which incorporated theatre, photography, painting, sculpture and architecture, as well as cinema. The opportunities offered by the fast growing Hollywood film industry, and later by the threat of Nazi power, led to the emigration of numerous important filmmakers working in Germany, many of whom had been directly involved in the Expressionist movement. Films such as The Cabinet of Dr. Caligari (1920) or Fritz Lang's M (1931), Fury (1936) and You Only Live Once (1937) arose from this era. In particular, films from German directors, such as F. W. Murnau, G. W. Pabst, and Robert Wiene, were noted for their stark camera angles and movements, chiaroscuro lighting and shadowy, high-contrast images - all elements of later film noir set design  that were used to enhance mood.


During the filming of a film noir, the camera rolls and rolls, often in time with the whirring mind of the protagonist. The camera angles were usually angular and skewed to convey disorienting visual schemes. Jarring editing or juxtaposition of elements, circling cigarette smoke and unbalanced or moody compositions were effective and often-employed tropes. Most of all, disorientation is key: shots of people reflected in one or more mirrors, through curved or frosted glass or other distorting objects, such as during the strangulation scene in Strangers on a Train were a great way to convey perplexity.


Just like a successful film noir, a successful bar has clever lighting. It encourages intimacy, with shadowy images sprung from strategically placed candles and clever overhead lamps. Most notably it creates atmosphere and no one knows the importance of that better than film noir. During the initial design stage of Colebrooke Row it was really integral to our visual aesthetic that our love of film noir happily married with our delight in the Italian café style and culture.
Indeed, it is the lighting which really forms the crux of film noir aesthetics. To mirror the elliptical and twisting storylines of the film, lighting was used to trace themes: doomed love, brutality and moral corruption were emphasised by the shadowy, gloomy and grey lighting which produced a toxic atmosphere of sex and oppression. Lighting also played a huge part in characterisation; if a character had vertical shadow lines cast across them this meant they were a threat, and if the lines were horizontal it meant that they were threatened.

Back To The Beginning: The Colebrooke Style 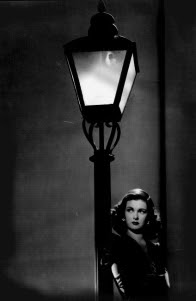 It doesn’t take an optimist to realise that architecture and design can influence behaviour, and the concept behind the Colebrooke Row design began when the bar was but a twinkle in our collective eyes. Before the site was even found, there was an unwavering determination to what sort of bar it was going to be: simple, intimate and elegant without pretension. Beyond the execution and delivery of drinks, it was paramount that the bar’s interior would promote a lively, conversation-inducing atmosphere. The Colebrooke space had to be one in which the relationship between burgeoning technology in the drinks craft and the simple pleasure of enjoying a cocktail amongst friends could play out. Tony’s Sicilian heritage and a mutual interest in Italian fifties design was key in this dream coming to fruition. The bar wouldn’t be a case of fooling time, of directly emulating a fifties Italian café, but rather it would incorporate these design tropes and update them for a unique modern-day drinking experience.

Italian Life in the Fifties

During the early fifties, the horrors of World War Two lingered both in the mind and in the economy of Europe. Across the continent, the public were desperate to forget rationing, to forget deprivation and dilapidation and, in Italy in particular, people were still determined to enjoy themselves. During these post-way years Italy became a hub of creativity, forming the base for a new generation of innovative minds. From a cultural viewpoint, the years after World War Two began the transformation of Italy into the modern country we know today. 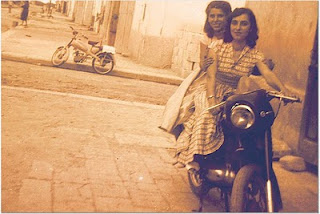 Italy assumed a leading role in post-war design, establishing a reputation for style and sophistication in a number of design fields including automobiles, furniture and furnishings, lighting and glass, ceramics, interior design and fashion. These disparate fields were characterised by a modernist approach, utilising materials that were formally regarded as ephemeral or makeshift products, which allowed objects to be successfully reinvented. Although moral standards and censorship remained high, the country began a process that led to what we now consider as Italy’s traditional, laid back lifestyle – a perfect accompaniment to which was a glass of wine or aperitif. Bars and cafes – particularly tiny wine bars - sprung up in cobbled stoned alley ways, small in stature but big in inspiration and designed to get rowdy.

These back-street cafes were filled within the hour of their opening and consequently patrons would bump shoulders so that soon there were times when everyone in the bar knew each other. These cafes were pure celebrations of the aperitvo hour - Italy’s stop-gap between lunch and late dinner, that glorious time in which to unwind from work and begin the evening. Spritz after Spritz would nourish a whole post-war generation where labourers, writers, artists, musicians and the occasional crime lord would eat, drink and cause a rabble. When we came across Colebrooke Row, it was clear that this was a venue that had the potential to encapsulate the alluring Italian café style. Tucked away in the corner of a dead-end, North London street no. 69 has a light footfall and this ensured that people would have to seek out the bar on purpose. The space inside was small, with a beautiful original staircase creeping up the back, inspiring a living-room feel.

Simplicity is the most difficult thing in the world

In terms of furnishings, although the bar should be stylish, it was essential that at all costs it didn’t come across as vain. We looked closely at timeless Italian designers such as Vico Magistretti, Gae Aulenti and the Castiglioni brothers all of whom immortalised themselves by promoting streamline, intuitive designs that shunned excess. When questioned about his methods of work Magistretti often commented ‘la semplicita’ e’la cosa piu’ difficile del mondo’: simplicity is the most difficult thing in the world, and this statement resonated with the Colebrooke ethos.

In post-war Italy, the exceptional designer Gae Aulenti was working to create installations, lighting and interior designs that belied any one style or influence. Rather than follow a trend or fashion she designed only to allow the focus of a room to be its occupants. Aulenti believed that people make the room a room, and any design feature which overpowers this neglects the harmony of good design. Her own style was modest, and Vogue quotes her as saying; "Advice to whoever asks me how to make a home is to not have anything, just a few shelves for books, some pillows to sit on. And then, to take a stand against passing trends...and to return to lasting values." This attitude is clearly reflected in her designs: elegant, unusual but always highly functional, Aulenti’s work is testament to the uniquely Italian balance of imagination and functioning beauty. In particular, both Aulenti’s and Magistretti’s simple designs for tables formed the inspiration for the low rise tables that fill the floor at Colebrooke Row. Their height is conducive to the leaning- in- closer of those who sit at them. When the bar opens, the small tables are quickly filled, sometimes by two groups at the same time who then embark on cocktail comparisons, sharing their thoughts about the drink in hand or perhaps the day’s events.

As evening progresses, the small room begins to take on a life of its own. In this way, the design encourages a natural surge in conversation, for people’s spirits to rise and as the volume of the patrons increase, the sound of Italian fifties crooners from the speakers fades into the background. The lighting of the bar contributes greatly to this dynamic. During the fifties and sixties the Castiglioni brothers produced a remarkable number of popular designs. Their lamps, in particular the "Luminator" (1955) and "Bulb" (1957), employed exposed light-bulbs which shone out from a radical minimalist structure.

These iconic designs were the inspiration for the vintage light-bulbs which hang over each square table in the bar. Naturally devised to create a darkened but soft atmosphere in addition to serving as a practical light source, the light can be dimmed to reflect the evening’s mood in all its transfigurations.

Bygone days of Italian lifestyle and design may have inspired the bar but a passion for modern techniques and innovation as an applied philosophy control the product expertly crafted by the Colebrooke bartenders.

Friends of the bar with no name

The Bar With No Name